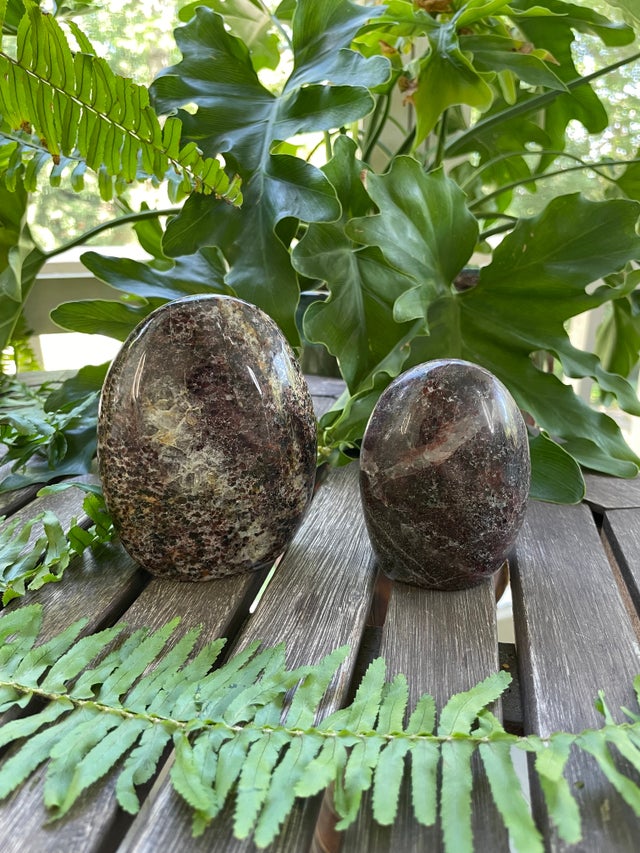 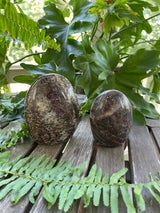 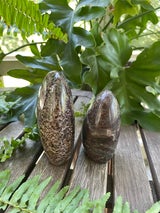 The word Garnet derives from Gernet meaning “dark red” and the word “Granatus'' meaning grain or seed, in reference to its resemblance to a Pomegranate. Traditionally the Garnet group of minerals is composed of 6 sub-minerals: Almandine, Pyrope, Spessartine, Andradite, Grossular, and Uvaroite. Garnets have historically been regarded as a stone that helps with hemorrhages, inflammatory diseases, and the suppression of anger. Garnet awakens our inner fire and helps produce some of the strongest life force energy. The earthen energies that radiate from Garnet restore proper order to our spirit body by giving us control over ourselves.